Skip to content
Beavertown, Beer Writing, craft beer, craft beer revolution, Lancashire, roosters, trainbeers, verdant
snaphisskatie29th January 201818th October 2018
For avid travellers, both Tom and I are massive scaredy cats. You’d think an aeroplane engineer would be fine in the sky, but he’s not a fan of aviation once it leaves the ground. I’m much worse – arriving at Manchester Airport train station fills me with dread and things don’t get much better until I arrive at my destination. If you ever have the misfortune of finding yourself sat beside me on a flight, just ignore me. I’ll be crying silently for the most part but essentially, I’m fine.
The one and only thing you can do to make yourself a pro plane user is to do it more often, and with alcohol, so we were brave and for a joint birthday present caught a cheap Ryanair to Dublin. To ease our nerves, the owner of The Ale House in Clitheroe gave us three fortifying beers on the proviso that I review them for him. So that’s exactly what I’m doing. 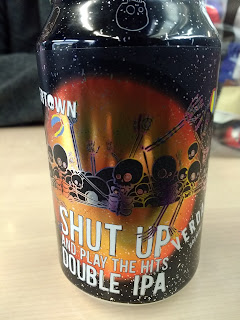 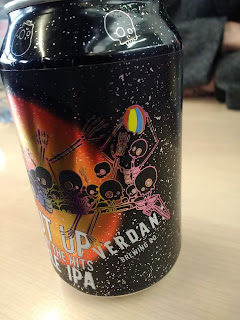 The first thing I said after taking a sip was “Ooh, it feels silky.” And I wasn’t making it up, it really does have a smooth and silky mouthfeel, like good red wine. I’m understanding that this is because of the oats involved in the brewing process, please correct me if I’m wrong.
A fresh, green (Tom says not to use the word green as it’s a beer insult? But I am using it in a purely artistic fashion to denote young shoots and unfurling leaves, touched by light droplets of rain. So please don’t take offence,) slightly resinous and sappy beer, mossy and fragrant. I’m taking a liberty here but I’m guessing all of these naturalistic, earthy plant-based flavours and aromas are Verdant’s influence since all of their beers have a whiff of the outdoors to me. It also kindof reminded me of Dobber by Marble Brewery, which can only be a good thing. It also holds its ABV really well, with sweetness that was definite but not overpowering.
Can I just say as well, what an excellent can this has. Skeletons playing beach ball and having loads of fun, which for me is a perennial mood. Don’t ever change, Beavertown! 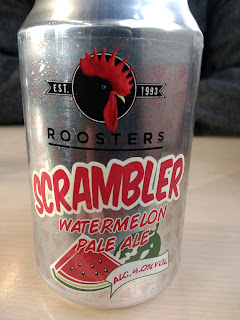 This is, as any self-respecting 1970s northern darts player would say, a bobby dazzler. Before I cracked it open I half-expected it to be a thick and oozy juicer, but it turned out to be an almost sarcastically refined, light and delicately fruity helles-style pale lagery delight. My bad, I know, it says “pale ale” not “dank af westcoast IPA,” but it was still like seeing Dimebag Darrel sitting down to a baby grand to play mellifluous cocktail jazz. We kept passing it back and forth on the train for tiny sips, doing equally tiny laughs at this magic drink we’d discovered.
It’s not all watermelon though. There’s a fun level of hoppy complexity, with a crisp, dry aftertaste. No doubt it’ll be in the running for my favourite beer of the summer. (Would it make a good michelada? Now that’s a good and valid question.)

Of course having these two breweries clubbing together is an obvious marker for success, so there’s not much to say except this is really nice. It’s a lovely easy drinker with a good level of bitterness that nips at your tongue and perceived sweetness from the hops that makes it all-round a very good egg indeed. Tom said I had to put “perceived sweetness” because he vehemently disagreed with me. He said it’s not sweet. I say it isIt’s quite a lot like Neck Oil, which is by no means a criticism on my part. Neck Oil is one of the best craft beers of our time imo; any recipe coming close to it deserves a pat on the back.

By the time we’d finished it, it was time to check our bags in and head to the frankly awful bar in Terminal 3, so its lingering memory tasted all the sweeter. Our final drink before heading over the top, to no-man’s-land. Goodbye world.

(We arrived safely and on time in Dublin three hours later. I can be quite dramatic about airports.)