Starting a new blog. No pressure. Just write something to set the tone.

How about some reviews of beers I haven’t even drunk yet? Let’s have a go.
We’ve been picking up special bottles whenever we find them to squirrel them away for Christmas. I’m a huge Christmas fan and have been secretly planning the finer details of the season – what the tree will look like, what types of potatoes I’ll be making – since the end of June. True Christmas fans are outcasts. It feels nice that the summer holidays are over, the rain’s settling in over Pendle and I can finally start planning my favourite time of the year without being dubbed a psychopath.
Anyway, since we’ve been looking for extra special drinks to keep rather than drink straight away, it was really exciting to find some Beavertown Tempus in our favourite local pub (The Ale House). The Tempus Project is Beavertown’s way of experimenting in a different direction. Most breweries add fruit – well, they’ve kinda owned that with drinks like Peacher Man, Bloody ‘Ell Blood Orange IPA and their Appellation Saison (which I also haven’t had the pleasure of trying yet, you don’t get that much up here in the middle of nowhere). This time, they’re flexing their artistic muscles and choosing barrels that impart their wizened old ways into the beers inside them or setting wort off to brew wild and free in a specially-created non-sterile environment inside the brewery. The Tempus Project is an exciting look at where craft beer is heading and it’s great to see Beavertown manning the helm in the UK.
We picked up Deimos and Phobos, both of which are collaborations with the Colorado-based Oskar Blues Brewery.
Beavertown Tempus Project Deimos: Sherry Barrel Aged Weizendoppelbock – 8.4% ABV
(Weizendoppelbock – how great is German? Smash those words together to create a description. These beers are typically deeply malty, toasty and with very little bitterness.) Deimos brings something different to this traditional German style with a stint of ageing in sherry barrels.
Beavertown Tempus Project Phobos: Madeira Barrel Aged Weizendoppelbock – 9.1% ABV
Another veye-tssen-doppel-bock but with even more of an alcoholic kick, aged in Madeira wine barrels for depth and raisiny goodness (I presume. I have drunk Madeira before, I have not tried Phobos yet.)

Found some Beavertown Tempus. Had to grab Phobos and Deimos to put away for Xmas. #beavertown #craftale #oskarblues #craftbeer
A video posted by Biscuit (@shinybiscuit) on Aug 28, 2016 at 7:43am PDT

Another pair of beauties we picked up just this weekend was a couple of Omnipollo Noa we’d been hassling The Ale House for for quite a while. Tiny, weeny bottles of cheeky, cakey goodness. Omnipollo are one of the most exciting breweries in the world right now and one of the most interesting breweries I follow on Instagram, mainly because their obsession with creating strange, experimental flavours is only matched by their outstanding and surreal artwork by Swedish artist Karl Grandin.

Noa is a myth to me. I own it, but I’ve only ever smelled it. Their dry IPA Zodiak is a joy to drink and is readily available in Clitheroe. Noa, however, sells out as soon as it arrives in our tiny town. People hang around the only craft beer bar just to ask the owner when he’s got a shipment coming in. The Ribble Valley is addicted.

This is how I came to smell a strangers’ beer. They were so impressed, so in love with this sweet, unctuous, velvety, dopamine-juicing elixir they passed around their dregs, and the bar was grateful. People are going feral for this beer.

So I did the natural thing. I stayed until after closing time on the day I was told there’d be a delivery and I pounced on the unopened boxes as soon as they hit the floor. I’m nothing if not committed.

Ominpollo Noa: Pecan Mud Cake Stout – 11%
Chocolate, the darkest malty stout, sherry, black forest gateaux, cherries, whisky cream, vanilla, stracciatella ice-cream. And that’s just what it smells like. Repeatedly receiving between 98-100 out of 100 in independent reviews, one of my favourites described it as “sleazy”. I could go for that. Roll on Christmas. 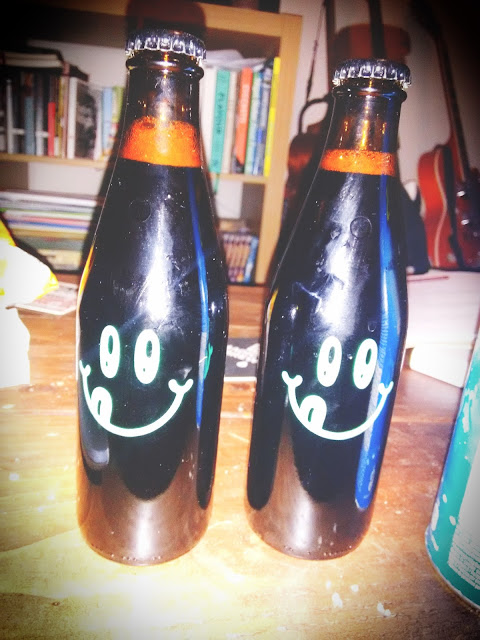 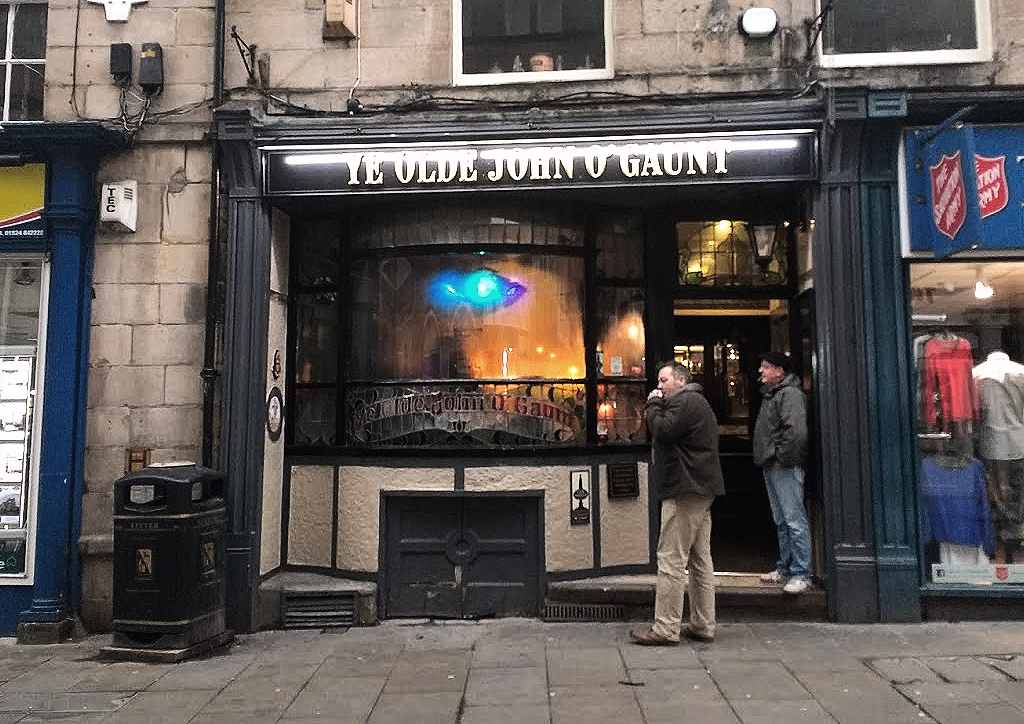