What’s in a pub that makes it a pub?  There are hundreds of odes to the warm, inviting local, a shelter from the tumultuous skies of life, a welcoming place to anchor yourself to in the aftermath of a bad day. There are pubs as worn as your oldest pair of docs and there are pubs with doorhandles bent to the shape of your grip. There are pubs refurbished and awkward and eager to please and there are pubs that threaten to close at 11 but never get around to doing it. All of them have their own minor impact in our lives as beer drinkers.

One day recently, the hours passed with a tragedy each. Nothing worked, everything was stressful and I was too far from my sofa. No matter how awful I felt, my bad luck was eclipsed over and over again, by the awful misfortunes of others. Christmas is a hard time for many and this is starkly apparent in London where we were for a weekend, stopping on each corner to give change to those without a place to sleep, wishing them well, hoping they’d afford at least one pint somewhere warm that day. On the last day, when a person was hit by the train we were due to travel home on, the second poor soul to meet this fate during my short trip to London, it became a bit too much to bear. The thoughtless overheard conversations of irritated commuters aimed at this unknown individual sent the early afternoon into a spin. I realised I don’t have a single good memory based in Euston Station. We left quickly in search of a pub. It’s what we do.

I don’t want to talk about a quick sit down somewhere disappointing to quell a panic attack. Let’s skip forward two hours.

We stepped off our alternative train in Leeds. Working in the Wetherspoons in the train station during my uni years means the dead centre of the city feels like looking into the creases of a friendly face, no matter how many revamps and rejeuvenations it goes through. I made a promise to come back soon before we even left the station. It’s a ritual, I never keep it. Leeds and I are growing further apart by the day. One day I’ll have to admit that I’m no longer a local.

Ignoring the new pedestrian layout, I strode confidently to a place I knew would comfort us, Tom towed behind in my wake of enthusiastic, know-it-all buoyancy. I had forgotten the side-street I needed to find it, knocking my confidence slightly, but after a U-turn and a look at Harvey Nick’s Christmas displays, there it was, our temporary port – Whitelocks. A white building in a flagstone yard, standing exactly as it did when it was known as the Turk’s Head a hundred years ago or more. It was as if it didn’t realise I’d not been back since I’d last taken my empties to the bar some three years ago. Sometimes it’s jarring to realise the world carries on without you. 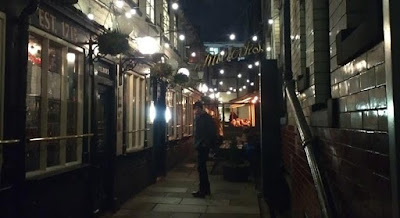 Bustlingly busy, but nowhere near intimidating or loud, Whitelocks remains one of the most actively welcoming bars you could visit. Not a single familiar face stared back at me – it has been three years after all – but people moved to accommodate us and our clumsy overnight rucksacks. 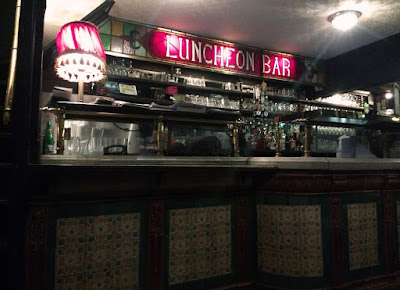 We ordered halves – we only had twenty minutes – and I chose Leeds-based Eyes Brewing‘s Barbe Rouge. Intriguing branding (I work in marketing) sold it first, but learning that the brewery’s mission statement is to continue a foray into wheat-focused beers brewed in the UK made me warm to them even more. I like a USP. (Did I tell you I work in marketing?) Despite not being on the “current beers” list at the brewery itself, the beer tasted fresh enough and had a pleasant pepperiness, underlining a classic Belgian white ale style. 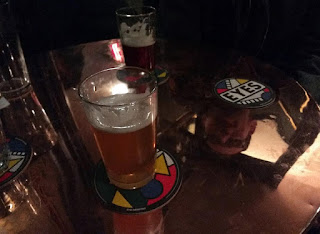 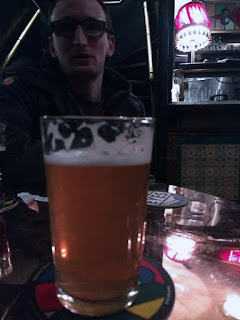 As is always the way when you’re drinking to a short deadline, our house floated into view just over the horizon. No time for another. We had to head home.

Why am I telling you all this? I suppose I wanted to try and put into words how I choose the pubs I love. For me, the measure of a pub is in its comfort. A place I feel able to walk straight into ranks much higher on my ratings list than a place that’s overwhelmingly unfamiliar. A pub should be somewhere you can step into and feel undeniably relaxed, no matter what rarities they stock, no matter their famous clientele, no matter which fashionable postcode they sprang up from. I can be in another town, another country or on the other side of the world and my pub requirements remain the same – to be welcome, and to be comfy. I’m sure I’m missing out. But what if I told you I didn’t really mind? 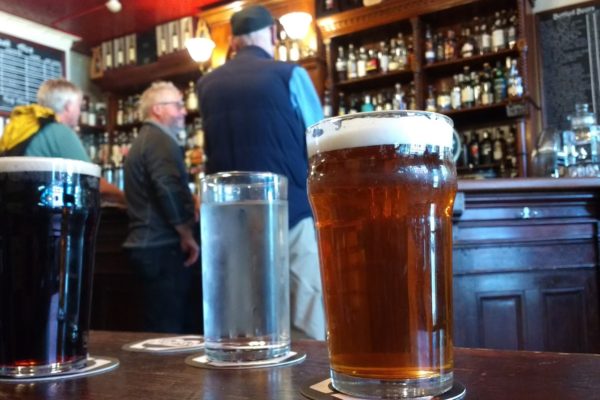