In our small corner of Lancashire we don’t often get to see the faces behind some of our favourite brews. Manchester isn’t far away, neither is Leeds, but you have to get the train if you want to drink, and a train journey is sometimes all it takes to convince your group that you might as well “make the most” of being in a bigger city. Before you know it, your carefully planned afternoon of taproom visits unravels and you find yourself staring into a floor-length mirror in a shop you never wanted to go to.

So we brought one of them to us. On a very pleasant May evening, Steve Dunkley from Manchester-based brewery and taproom Beer Nouveau came to visit The Ale House, bringing with him a selection of his beers and a brain full of diverting anecdotes. It was good to see him in the pub, encouraging locals to try heritage recipes they’d normally shun in favour of hoppier carbonations.

He had a certain way of deftly popping beer myths, floated into the room by visitors and eager beer lovers, that I really enjoyed. No messing. No, Guinness doesn’t use burnt hops. No, rum porter doesn’t have rum in it. Pop, pop. I like a good fact. 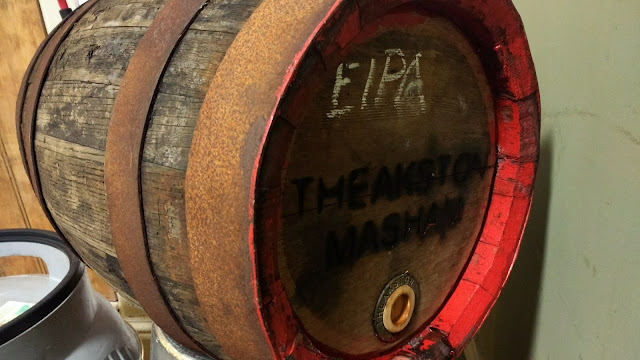 The first Beer Nouveau offering I tried was half of Steve’s Victorian EPA, straight from a wooden pin. It had been causing a bit of a fuss before I’d gotten there and was already the popular lass at the party. No problem, I was there to observe anyway. Served still and sparklerless, it had a really pleasant wineyness from the oak barrel, adding depth to subtle bitterness. Steve was keen to point out all these tasting notes to me since I’m an amateur and it was interesting to taste something from the past, recreated faithfully over 100 years later. 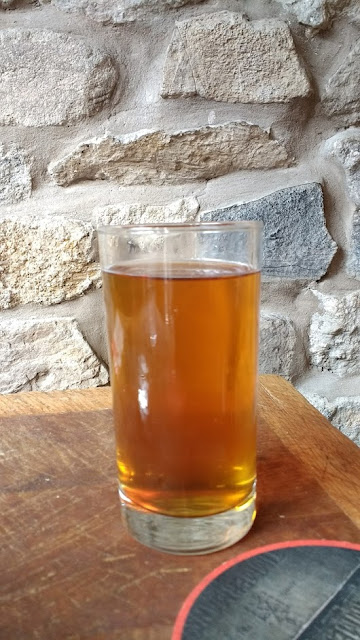 We then sat down in the bar lounge (the room with the blackboards in) to listen to Steve’s lesson on the next beer I tried – the Beer Nouveau Rum Porter. We learned that in the past, this recipe was made using only brown malt. In 2017, brown malt simply isn’t a thing anymore, so Steve’s recipe recreation calls for pale and chocolate malt to bring about the right base. 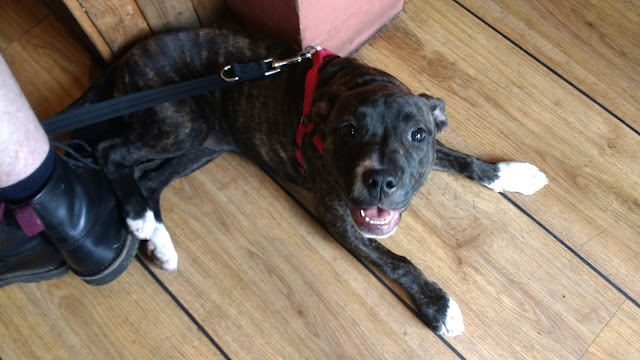 Thing I learned: Porters are called Porters because they were what porters drank. I thought this was a myth. Turns out to be happily true.

Another thing I learned: Rum porter is not made with rum in the recipe. Traditionally, it was made using leftover rum barrels, of which there were thousands back in the 1800s, on account of the Navy’s allocation of rations to its seamen. (I nearly wrote “employees” there, but you’re all grown up enough to deal with the alternative.) The leftover barrels were perfect for brewing a standard dark beer and they even imparted a mysterious, sherry-like flavour into the liquid inside. It didn’t take long for this to become desirable rather than accidental.

Steve took to brewing when he was 14, through a mixture of necessity and curiosity. Aged 14, he obviously couldn’t buy beer, but he wanted to drink it. So, after buying his dad a beer brewing kit from Boots the Chemist for his birthday that went unused (“My dad is one of those people with absolutely no hobbies – except adoring my mum,” he said,) the beer kit was used, the beer was brewed and it was alcoholic and disgusting. It led him to think about how he could do a better job without the limitations of a kit, and an interest for yeasty, malty concoctions stayed with him for the rest of his life.

The last beer I’ll mention is the Trademark IPA, which I loved. A lovely spiciness with a hoppy zing, it was hazy, unfined, floral refreshment. Steve insisted that despite our queries, it wasn’t based on an American pale ale, instead choosing to base it on a Scottish recipe, full of flavours just as robust as any APA. 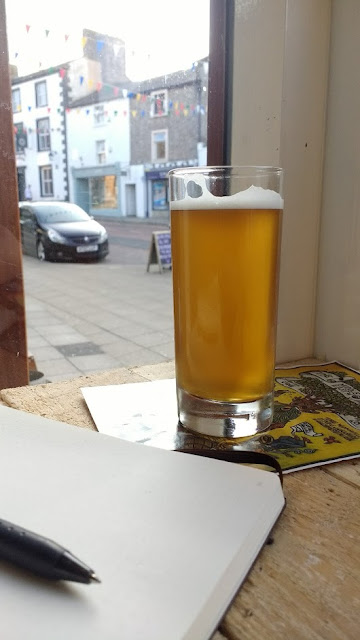 Moment of the night: A diplomatic local talking a noisily disgruntled regular old gent into trying the Victorian EPA and the NDROG promptly agreeing it was excellent. His feedback on old ales from the 50s and 60s was no doubt valuable to Steve (or at least a welcome relief from his previous stance of ignoring everybody in the room and shouting his mouth off about peace and quiet.)

We’re hoping to have more Beer Nouveau beers on offer at the Middle Earth Beer Festival on 16 – 18 June. In the mean time, I’m going to work on my tasting skills. If I left it to a person I’ll leave nameless to teach me, I’d be describing the Victorian EPA as “cidery”, which actually won’t do at all. 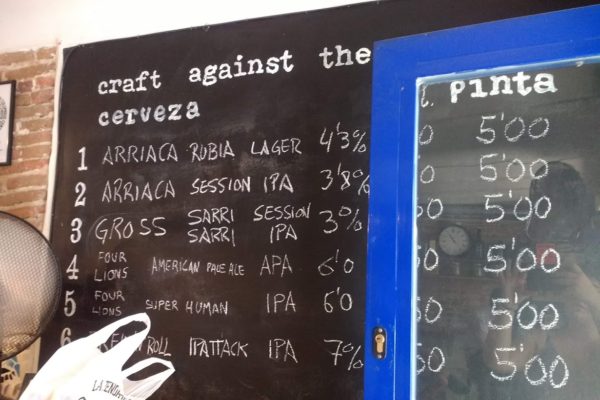