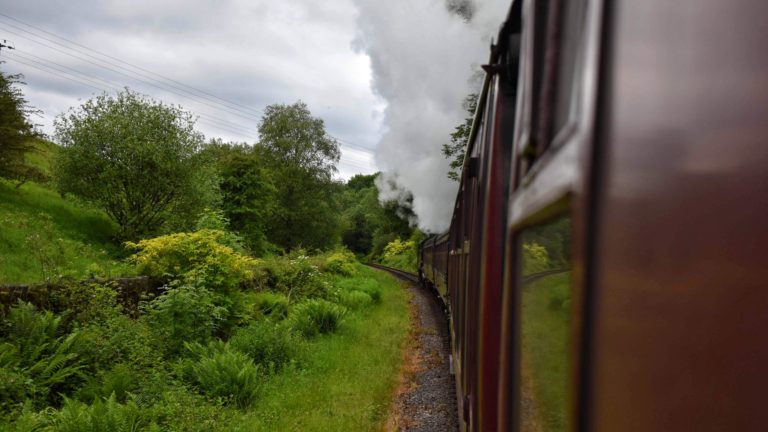 I know I’m lucky to have a local pub like mine. They sell great beer, they have live music sometimes and they give me shifts when I’m skint. But the best thing about my local pub, is that us regulars have naturally formed a number of sub-groups based on interest and interconnected friendships. These people I used to know in passing, who I used to only speak to on the drunkest Friday nights, have added me to a ton of their Facebook chat groups, and now we have a Drinking Club. It’s great.

The club was created between a couple of the OG members to keep in touch when they went to IMBC a few years ago. Now it’s used to plan some of Clitheroe Ale House’s all time greatest beer trips – Hebden Bridge 2017, Saltaire and Ilkley 2018, and now The Steam Rail Ale Trail 2019.

I’d never been on a steam train before, so I was unbearable. Bouncing in my minibus seat like a golden retriever who’s recognised the way to the park, we got to Rawtenstall station with half an hour to spend in Buffer Stops before we had to head off to Bury.

There’s no point in heading out on a rail ale trail if you’ve not started it in Buffer Stops. Some of the party had been drinking Tom’s homebrew on the bus, but the majority of us were ready for our first drink of the day, and there was a great selection to choose from.

I had a Thirst Class Ales Oatmeal Pale and it was the perfect morning beer – zesty, light and fresh with a lovely silkiness. No, I didn’t choose it because oatmeal is a breakfast. But I wouldn’t judge you if you did.

When the train arrived I almost exploded with excitement. It’s so big! And shiny! And the inside is properly old-fashioned! I’m not sure why I expected grey and purple Transpennine upholstery, but the maroons and muted brass was gorgeous to behold. I sat my trainbeer down (a can of Heart & Soul from Buffer Stops) and stared unblinkingly out of the window.

Use all the windows on the train

When a pubmate called Dave asked, “have you ever put your head out of a train window?” I leaped at the opportunity.

I AM NOT SUGGESTING YOU SHOULD STICK YOUR HEAD OUT OF THE WINDOW. I saw enough grainy safety videos as a kid in the early 90s to know that’s a terrible idea.

But you should go and have a look through the windows from the vestibule-type areas. Seeing the train snake around a bend is pretty cool.

Travel all the way to Bury

This wooden clad micropub had the happiest bar staff and some of the tastiest beer I drank all day, mostly from Beartown Brewery. Their Bluebeary Session was lightly fruity and bitter, and I really liked the Polar Eclipse, a black treacle and burnt toffee stout. The rain was really lashing it down outside, so we stayed as long as we could before heading back to Bury station for a quick stop at The Trackside.

Here we picked a few easy pints – I think I had a Budvar – and half of the group got themselves sandwiches despite the train’s imminent arrival. In the middle of a deep conversation, I heard my name being yelled from across the station. Turns out I was on the wrong side and the train was about to go. Obviously. This is me we’re talking about.

So, no train beer from Bury to Ramsbottom, but I did get a quick jog in before we set off. You’ve got to fit it in when you can.

It didn’t matter. Inside we had tons of space to dry out, a huge choice of ciders and beers, and a great lovers’ rock playlist we were allowed to add to if the spirit moved us. There was some sort of white water kayaking competition on silent on the TVs, and the mesmerising motion of the water felt ideal given that the roads were now rivers outside.

We were feeling the beers now. We said bye and moved on to Grape to Grain to join the rest of the party.

In a fit of inspiration earlier in the month, organiser Simon called Grape to Grain to tell them there was going to be a ton of us. They kindly let us use their upstairs room for an hour or so free of charge, keeping us out of the way and easier to manage. Genius.

It’s a small place, so without the room booking there’s a good chance we may not all have been able to fit. In that small space though, they’ve packed in as much wine, beer and cider as they can. I need to revisit when I’m not blinded by rain-splattered glasses and several pints in.

Don’t get a wine

I didn’t drink beer here. I should have – they had so many, I was jealous of literally everyone’s drinks – but instead I had a glass of Portuguese vinho verde. Delicious, floral, fruity, exactly what I wanted, but potentially the start of my downfall.

Everyone we knew from Clitheroe had moved on to Irwell Works, supping up. We arrived late, but even so a pint of Copperplate was handed to me and I bravely managed half of it, and then it was time to go. I nipped to the ladies, only to discover that everyone had left without me, and I had to run through the rain to catch the train, everyone waving their arms out of the windows. Bastards.

We set off to the station with a stagger to begin the final leg of the journey back to Rawtenstall.

I don’t remember this bit.

My memory pops back into focus inside the orange world of Casked, a great little bar just outside Rawtenstall town centre. Here I had a Nightjar Brew Co beer I described as “juicy” (but I can’t read the rest) and tried to stop someone I know from singing Live It Up by Mental As Anything for the millionth time.

What I loved about Casked, aside from the excellent beers, was how friendly and happy everyone there was. I felt totally welcome in a strange place. No wonder it was named Rossendale’s Best Pub.

Then we walked up the cobbly streets to Hop, which I loved. I loved it because of the cask ale being in top condition, and I loved it because within a second of stepping into the crowded little place, a local started talking to me about a bike rally that used to happen in the street outside (which I now know is the Rossendale Valley Motorbike Show), and about how his slipper factory was the last one in England before it closed. I could have stayed for hours, but we had to go home. Finishing drinks and shaking hands, we left and promised to come back to speak to the gent’s motorbike racing friend.

We rushed back to catch the minibus, and then sat waiting for two club members to dawdle back carrying bags of chow mein. I was devastated.

“Don’t worry,” said Tom once everyone had sat down and the engine started up. “We’ll get a curry when we get home.” 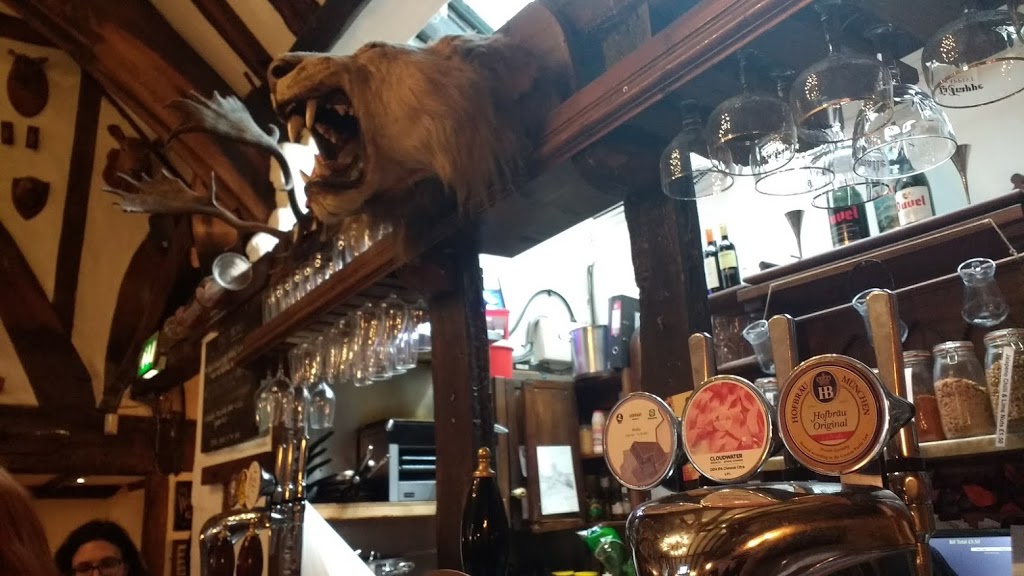