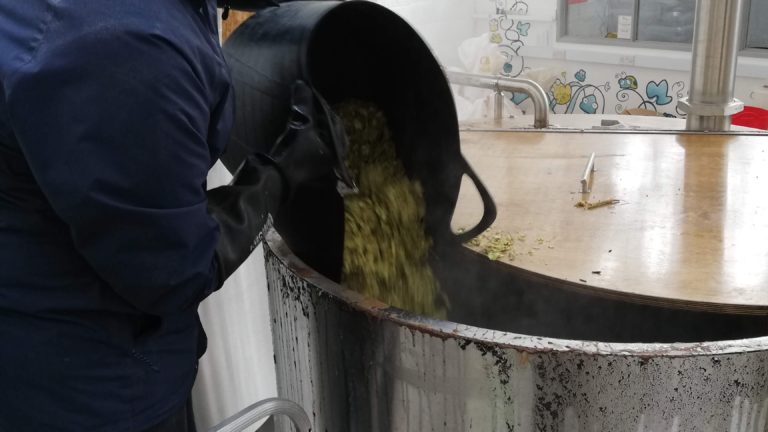 This year will be the first Clitheroe Beer Festival I’ll have ever helped with, rather than slightly hindering it with my inebriation as a non-member guest. Taking place from the 9th May — 11th May, it’ll also be the first Clitheroe Beer Festival to be hosted at the Old School Rooms on Lowergate, otherwise known as St. Michael’s and St. John’s, or, if you’re a Clitheroeite, the Catholic Club. The festival itself will actually be held in the huge “Assembly Hall” at the bottom of the club, and having been to many a function there, I’m sure it’s an ideal space for a friendly local beer festival that’s got bigtime aspirations.

The thing that’s excited me about my town’s beer fest this year is that it’s actually happening. There was a brief hiatus for many reasons, and it has thrilled me to see it return thanks to the commitment of local E. Lancs CAMRA members determined to create a non-flagship event in “their” area. Being non-flagship has been a blessing, not a curse. Its meant that members of the organising committee could afford to be a little more loose with their beer choices – a little bit more anarchic. Oh yes, there’s a rumble of dissent here at the foot of Pendle.

And just to blow your mind a little bit, there’s a keykeg list too.

Two keg lagers, fruit sour and a gose are appearing at the fest, and I’ve been speaking to organiser Ian Sutton enough in the run-up to know how excited he and his fellow organisers are to present some lesser known styles to local beer drinkers. Obviously with Holmes Mill and The Ale House just down the road there will be plenty of local beer drinkers who’ve already tasted beers like this, but the truth is, there won’t be many. This is a big overhaul. I’m working throughout the weekend on the bar and I’m already preparing myself for a lot of questions. We’ll have some ‘splainin to do.

I’m also excited about the festival because I’ve been lucky enough to help brew a couple of beers for it. There are quite a few collaboration beers prepped for the big weekend, another sign that CBF is determined to bring more interest and more enthusiasm for lesser-known styles to the top of their agenda. The beers brewed especially for the festival cover a range of styles, but you’ll probably be unsurprised to read that I’ve been involved with a dark mild and an impy stout.

The imperial stout was brewed with the brilliant Neptune Brewery, who I love with all my heart, and Julie O’Grady’s Ladies That Beer. I headed to Maghull on the first sunny day of the year to do what a collaborator does – ask loads of questions, help mash in, get in the way a bit and help clean up at the end. The result is a thick and gloopy 10% impy full of caramel and roasty coffee notes. We’ve called it Hear The Sirens, which is rather appropriate, I think. Also, Julie made me some scouse for lunch, which was banging.

Brewing the dark mild was another excellent experience, especially as it was my first ever visit to Nomadic Beers in Leeds, despite years of promising to head over there. Also brewing this pleasingly unique version of an old-style beer was Hebden Bridge’s Nightjar Brewing Co. The result is a malty, caramel backbone and slight bitterness from progress hops – grown originally as a replacement for fuggles, dontcha know. It’s going to be called Filibuster, which is quite frankly the best word to say ever, so keep an eye out and start saying it now. Filibuster. Filibuster.

Beer specially brewed for the festival will include:

I’d been keen to get involved in helping with Clitheroe Beer Festival wherever I could but still hadn’t joined CAMRA for various reasons. In the run-up to the final beer list being released, I’d had a number of conversations with people both pro-CAMRA and who perhaps weren’t so convinced about the organisation’s relevance in 2019 and I thought about how much I’d enjoyed being part of my local group, even in such a tiny, undercover sort-of-way. I had heard some things about myself secondhand from other members, and realised that you can’t control what people think about you unless you’re there to defend yourself. You can’t contribute to something fully unless you wade all the way in. You can’t try to submit your opinions honestly and openly from the fringes. So I have joined CAMRA, and I will be as active a member as I possibly can, and will try my best to speak as passionately about the beers, breweries and people within the industry there as I do in anything I write. (I want to thank Ash Corbett-Collins from the CAMRA National Executive for speaking to me for pretty much his entire lunch break one day while I asked him all of my questions about the organisation and laid out all of my potential concerns before I joined… once a journo always a journo, I guess.)

I’m super wholeheartedly looking forward to Clitheroe Beer Festival, and I hope I can help E. Lancs CAMRA support beer, pubs and breweries throughout my local area – and that my love for Evil Keg Filth and my Lager Is Life t-shirt won’t see me immediately booted out after my first meeting and will instead inspire lively conversation. See you soon Ian, Martin and the rest of the team!