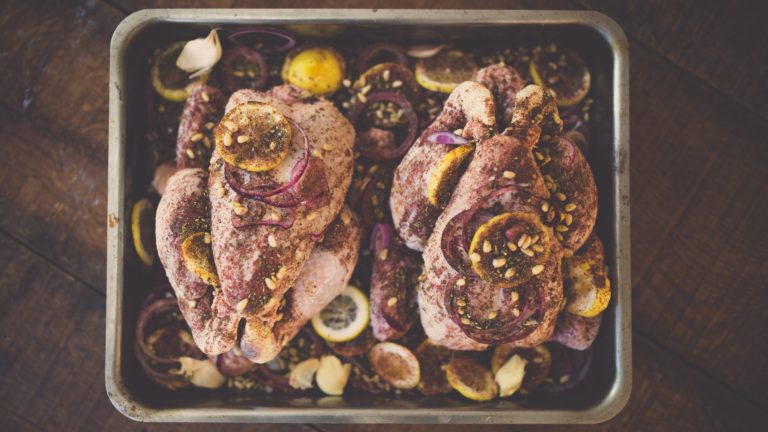 A conversation in Spain about British food.

“Why don’t British people have a cuisine?” asks our guide Oscar as we sit, misted by automatic air coolers, in the kerbside gazebo of a taxi rank café just outside Madrid Atocha station. It’s 3pm and 35 degrees. He leans back to take a drag on his half-finished Marlboro Light away from my dish of patatas, ouevo and jamon, familiar to me as ham, egg and chips. Very familiar, in fact. This is where the question came from.

It was a hard question to answer, because as the spines on my shoulders rose to meet his European derision with inbuilt prehistoric patriotic defensiveness, I kindof knew what he meant. And he wasn’t being derisive – he genuinely wanted to know why of all the countries in the world, the one he’d grown up wanting to visit, and where he often now travelled to for work, had no standout dishes he could think of. Fired up, I listed some of my favourites – sausage and mash, roast beef and potatoes with Yorkshire pudding, fish and chips – but out loud, in front of a table of boquerones, decent ham, olives and cheese, it seemed a little pathetic. Spines retracting, I turned to my other half Tom for help.

“I think we’ve had so much change that we’ve been eating whatever we can get our hands on over the years,” he said. “Our national dish is actually Chicken Tikka Masala. Did you know that?”

Oscar didn’t know that. We carried on discussing how much sense this made – that Britain, and England in particular, had an extensive history of cultural change, from invading far-away lands and prizing their rare herbs, tinctures and spices, to welcoming people to our own shores who in turn brought the recipes of their homes to us. We spoke about the Industrial Revolution and how a change in daily priorities led the whole family away from the dinner table, and cooking became a secondary action to the duties of work and the necessity of rest. We talked about the effects of poverty on our food, and how calories and hot, satisfying food was the fuel British – and Irish – families needed to survive. And then we talked about the war, and what rationing did to our tastebuds and family recipes, and how our little island struggles to create delicious fresh ingredients, and relies heavily on root veg, dairy and carbohydrates.

Oscar finished his next cigarette, leaned forward to stub it out in the terracotta ashtray sat among our now-empty plates and threw a spanner in the works. “All of Spanish cuisine comes from poverty. And Italian. And French. Poor people learn how to cook. We make the most of what little we have.” And then before I had time to counter him with flashing eyes and flame-laced breath, with a smile he added, “And you’re an island. Why don’t you all eat amazing seafood dishes?”

We do, I protested. We do. Well, some of us do. I was floundering in the scallop-rich seas off the coast of Kintyre, suddenly well aware that I was out of my depth in this conversation. The faces of every TV chef imploring me to use “great British produce” spun around my head in a whirlpool; visions of cream sauces poured over quivering fillets of sole and fresh oysters laid out prettily swept through my mind. I admitted that we definitely still don’t view our own country as a land of good seafood. I wondered how many people only try fish when they’re on holiday, and why that is. Oscar wondered if it was to do with the way fish is cooked and presented in other countries – as a main event, sizzled on charcoal or stewed in spices, rather than a limp secondary choice to steak or chicken. I wasn’t about to let this slide – there are thousands of restaurants in Britain serving incredible local produce cooked fantastically well, and these include both sympathetic and stand-out fish dishes. He shrugged. Yeah, I suppose.

Every conversation about food I had in Spain became political very quickly, despite every person involved in the discussion insisting that politics wouldn’t be discussed. Disagreements are accepted as readily as agreements, all arguments among friends are classed as conversation. It’s hard as an uptight Englishwoman not to feel personally attacked when you’re told your home country has no cuisine to speak of, but it’s meant with equal parts genuine curiosity and jovial goading. As we finished our cañas of Mahou, just before setting off for hotel to get ready for a Spanish-late dinner, Oscar posed that British food was restricted in the past, and now thanks to the closeness of the world around us today, we’ve embraced international food even more enthusiastically than our own.

I said I had to agree. Even some of the best meals I’ve had recently at British food-championing restaurants are inspired by delicate French cuisine, or include fatty flecks of chorizo, or are ignited by chilli. We’re a nation of travellers and settlers and our food is better for it.

Setting off into the city Oscar asked me what my favourite food is. “Besides tapas, I mean,” he added – we’d already spoken at length about my passion for bread, meat, cheese, wine and beer. It took a moment.

“Roast potatoes, probably. Or belly pork bao. Or chicken burritos and pico de gallo. Or pad ka prao. Or a really good curry.” You can get all of those things in Britain. Maybe that’s why I’d never noticed a deficiency in our cuisine before. Oscar laughed. “I like curry,” he said. 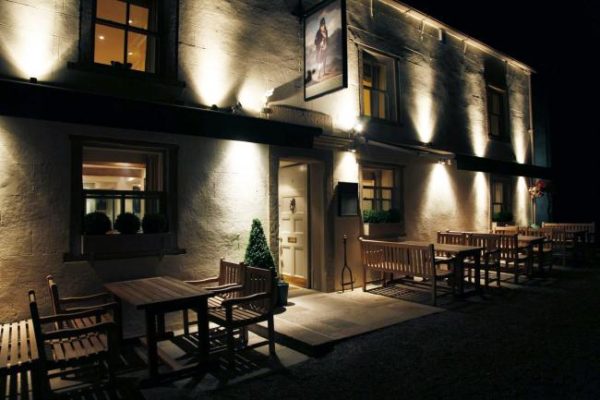